Nation in a sheep’s coat: The Icelandic sweater

The Icelandic sweater is presented and received as being traditional—even ancient—authentically Icelandic and hand made by Icelandic women from the wool of Icelandic sheep. Even so, the sweater type, the so-called ‘Icelandic sweater’ in English, only dates back to the mid-20th century and is not necessarily made in Iceland nor from indigenous wool. Nevertheless, the sweater is a successful invention of a tradition (Hobsbawm & Ranger, 1983), popular among Icelanders and tourists alike since its introduction in the mid-20th century. It has gained ground as a national symbol, particularly in times of crisis for example in the reconstruction of values in the aftermath of the Icelandic bank collapse of 2008. I traced the development of the discourse about wool and the origins of the Icelandic sweater by looking at publications of the Icelandic National Craft Association, current design discourse in Iceland and its effect on the development of the wool industry. I then tied these factors to notions of tradition, authenticity, national culture, image and souvenirs. 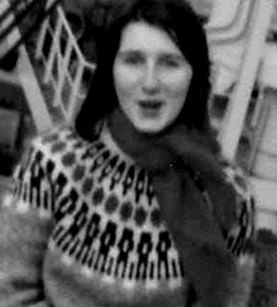