In the literature of e-publishing there has been a consistent call from the advent of e-publishing on, until now, to explore new ways of expressing ideas through the new media. It has been claimed that the Internet opens an alley of possibilities and opportunites for publishing that will change the ways of publishing once and for all. In the area of publication of e-journals, however, the call for changes has received very modest responds.

The thing is, it appears, that the conventional paper journal has a solid grip on the accepted formats of publishing. In a published research paper Mayernik (2007) explaines some of the reasons for that. Although pioneers of e-publishing suggested various areas where academic publishing could be expanded on, the opportunities given are scarsely used. Mayernik outlines "Non-linearity", "Multimedia", "Multiple use", "Interactivity" and "Rapid Publication" as areas of expansion for the academic e-journal. (2007). The paper deserves a thorough reading in itself, and I will briefly quote from his conclusion: "It is likely that the traditional linear article will continue to be the prevalent format for scholarly journals, both print and electronic, for the foreseeable future, and while electronic features will garner more and more use as technology improves, they will continue to be used to supplement, and not supplant, the traditional article."

This is a challenging situation. If we accept the present dominant style of presenting scientific literature, we would use our energy best in seeking a way of improving the efficiency of that communication style. The use of multimedia, non-linearity etc. would perfect the present state, but still keep the scientific article as the main template. It is very unlikely that scientific publication will substitute the scholarly article with unproven alternatives. What we face is a rather conservative style of remediation that blurs the impact of the new media, - or "transparency" if we apply Bolter and Grusins typology to the case in question. A radical use of those elements that Meyernik outline would imply that the other form of remediation was employed: hypermediation.

Hypermediation is the opposite strategy: [...] "A style of visual representation whose goal is to remind the viewer of the medium" (Bolter and Grusin 2001, 272).Both hypermedia as well as transparent media have the desire to transcend the limits of representation by trying to produce reality - in a profound sense. But the reality they seek to produce, is - using transparent immediacy - trying to disguise the remediating medium. A vast majority of e-journals show very little signs of being different from the paper journal. Hypermediation, however, tries to make the media more visible (Fritze 2004). To hypermediate the conventional scientific medium - the scholarly article - one is not only challenging the establishment, but also the imagination of how a contestant might look like. Mayernik uses the five elements of "non-linearity" etc. as analytic categories for the present situation. But in the present context of Web 2.0, they are mashed together and expanded by social networking. E-publishing must learn from for instance Facebook, Twitter or LinkedIn in the ways they are able to facilitate communities, and Second Life in its ability to produce the experience of presence. And still there is the need to carry on the process of keeping the quality of the acquired and presented knowledge at the presumed high standard it has today. These are important challenges to all e-publications, but only a few journals show interest in meeting the challenge. We, in Seminar.net, think we are willing to face the challenge and produce a different type of publication.

In this issue we present four significant papers. Marianne Aars  presents a paper titled: "Developing professional competence by internet-based reflection ", in which she aims at giving an example of how practical, clinical knowledge can be explored by the use of a tailor-made Information and Communication Technology (ICT)-tool. In constructing content to this particular internet- based resource a clinician expert physiotherapist contributed with a detailed analysis of her own practice and its underpinning rationale, displayed by film and text simultaneously. The paper investigates the ways that led to how her "looking into her own practice" with "critical friends", mediated in a transparent mode showed a valuable learning potential for herself and others. Trine Ungermann Fredskild also presents a paper related to the health professions, namely nursing. In her paper "Distance learning students in "communities of practice" she investigates differences in attitudes among nursing students toward particular ways of performing their studies. She compares nursing education offered in three different learning programmes: full time, distance education students and credit transfer students and how they cope with issues of independent study, discipline of studying and cooperative activities. She demonstrates significant differences on a variety of factors and relates this also to how they use their respective Learning Management Systems.

Tobias Werler presents a different style of educational reflection. In his paper "On the hidden curriculum of the mouse click: An anthropologically drama " he explores the philosophical and anthropological grounds of why media and ICT changes the ways we experience and learn in the digital age. It pinpoints the "click of the mouse" as one of the basic control options of how man and machine interact. Last we present a quantitative study of how Norwegian boys and girls use the Internet and mobile phones. In the paper titled: "Gender profiles of Internet and mobile phone use among Norwegian adolescents" the  group of authors, Reidulf G. Watten, Jo Kleiven, Knut Inge Fostervold, Halvor Fauskeand Frode Volden, look into gender profiles in the use of ICT among Norwegian teenagers. The results showed that Norwegian girls used the internet far more often for social activities such as chatting and e-mail while boys preferred to use it for entertainment and computational activities, such as gaming, e-commerce, viewing multimedia,, and for programming. Girls used their mobile phones far more often for texting than boys, who used their mobile phones more for technical functions. 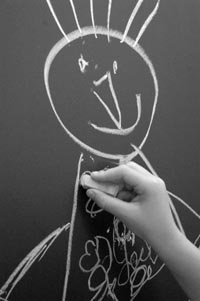 This work is licensed under a Creative Commons Attribution 4.0 International License.

Seminar.net is a fully open access journal, which means that all articles are available on the internet to all users immediately upon publication. Non-commercial use and distribution in any medium is permitted, provided the author and the journal are properly credited. The journal allow reuse and remixing of content in accordance with a Creative Commons license CC BY