A new call for quality. Shifting the paradigm for development policy in Greece through competitions

This paper is following up on Kouzelis, Psilopoulou and Psilopoulos (2010), where it was partly suggested that skipping architectural competitions in favour of a quantitative (i.e., fiscal) approach was a prevailing paradigm for the building procurement policy in Greece at the time. Here the aim is to trace a notable shift from that paradigm by reviewing three case studies: the case of the UpTo35 competition conducted as part of a private development scheme, the case of two ideas competitions organized by architecture review GreekArchitects.gr as part of an open discourse on politics and urban issues, and finally a general turn in policy by the ‘Ministry of Environment, Energy and Climate Change including a new legislative framework aiming to establish a central role for architectural competitions in the development of public space. As these cases are studied in terms of narrative inquiry, the focus will be primarily on the incentives behind them and a proposal that they all find themselves on common ground by the narrative of simply ‘breaking with past practices’, in addition to introducing the notion of quality, not by prescribing it in qualificatory terms but rather by simply supporting and safeguarding it in both policy and will. 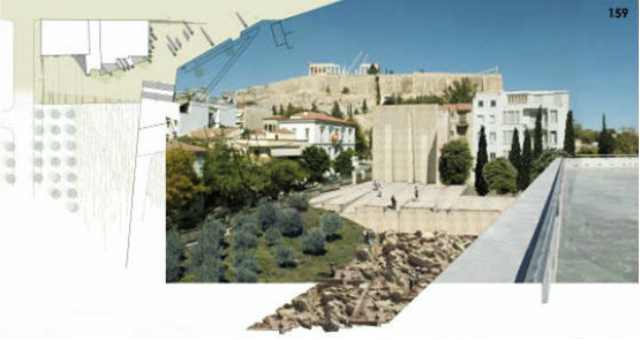 Psilopoulos, A. (2013). A new call for quality. Shifting the paradigm for development policy in Greece through competitions. FormAkademisk, 6(4). https://doi.org/10.7577/formakademisk.747
Last ned referanse